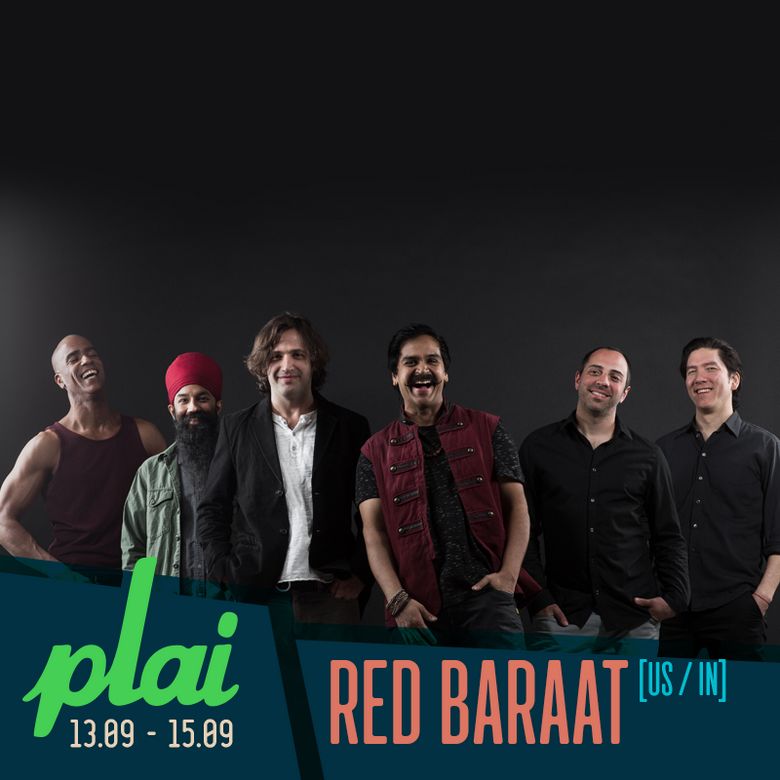 Red Baraat is a pioneering band from Brooklyn, New York. Conceived by dhol player Sunny Jain, the group has drawn worldwide praise for its singular sound, a merging of hard driving North Indian bhangra with elements of hip-hop, jazz and raw punk energy. Created with no less a purposeful agenda than manifesting joy and unity in all people, Red Baraat’s spirit is worn brightly on its sweaty and hard-worked sleeve. Their infectious rhythms roll over the audience like a hurricane and let the audience breathe only in a short ballad pause

The Brooklyn-based bhangra-fusion ensemble rose out of bandleader Sunny Jain’s early attempt at an Indian brass wedding band in New York, before he realized the need to spread the jubilant sonics and energy of South Asian marital customs to the masses. As the concept took shape prior to their 2010 debut Chaal Baby, the group’s sound blew up considerably beyond the trappings of mere “wedding band” music, encompassing a jazz-approached riot of big band Panjabi instrumentation with singed edges of psychedelic rock and hip-hop.

Sound The People is both a love letter to embracing other cultures and a battle cry against segregation, both in music and our communities.