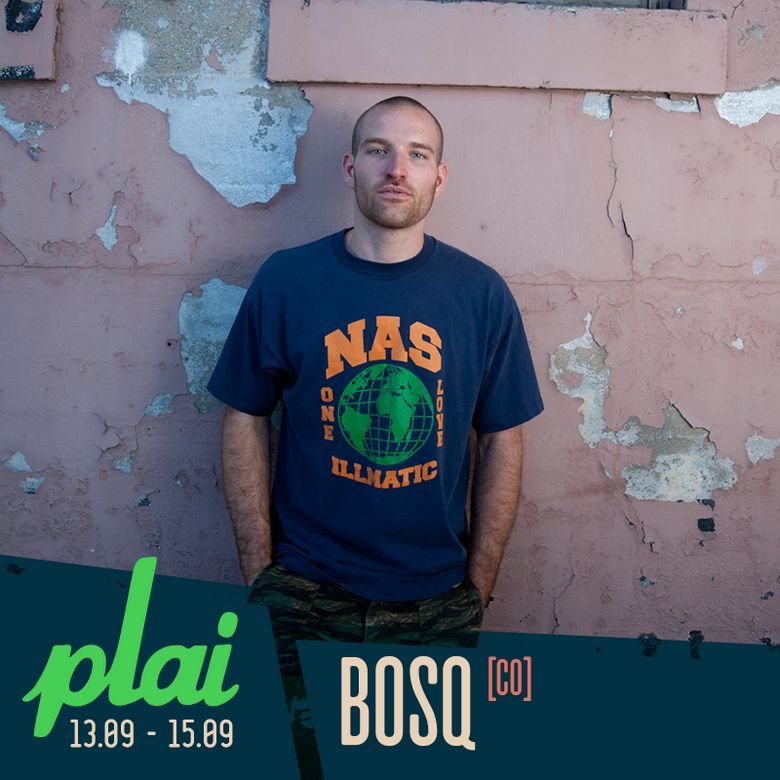 Benjamin Woods, creating under the name Bosq, has been tirelessly exploring the intersections of Afro-Latin music with Disco, Funk, Reggae, House and Hip Hop for years.
Bosq first gained notoriety as one half of the Whiskey Barons, churning out a continuous stream of edits and remixes, as well as being the sole producer on the now highly sought after, out of print Whiskey Barons x Bastard Jazz releases (Tumbao EP & Enferma Nocturna).

In the fall of 2013 is when Bosq truly stepped out on his own with his first entirely original full- length album. Dance floors and critics both responded well, with beatswapmeet saying “it’s a beautiful mixture of afro beats, latin rhythms, soulful house, disco, with subtle dancehall and hip hop influences”. Critical acclaim has continued with Mixmag rating the lead single “Can’t Seem to Hide” off his fourth album a perfect 10/10 and granting it tune of the month. Amidst the onslaught of original music Bosq has found time to churn out official remixes for Orchestre Poly Rhythmo de Cotonou, Son Palenque, Jeffrey Paradise (Poolside), Renegades of Jazz and many more. His latest endeavor sees Bosq producing gospel & jazz infused disco & house alongside “The Rapture” co-founder and drummer Vito Roccoforte.